The store will not work correctly in the case when cookies are disabled.
Menu
Cable / Wire 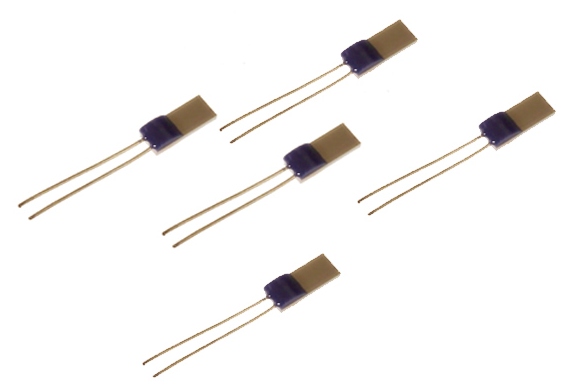 Flat film are resistant to shock and have quick thermal response times compared to wirewound detectors. 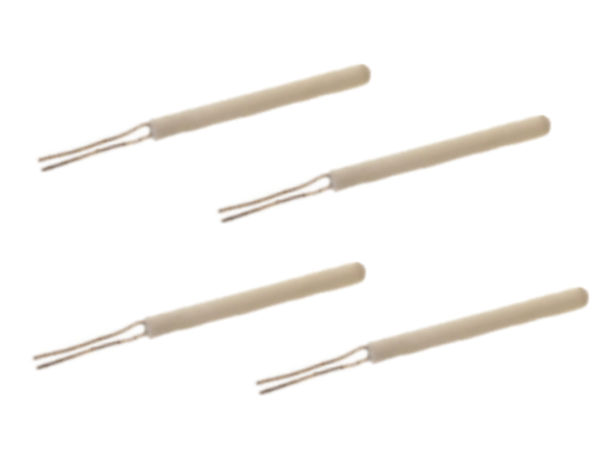 A selection of 100 Ohm RTD Wire Wound Detectors, single and dual element types available in class A, B or 1/10 DIN.

Wire-wound type provide greater accuracy and stability, but are vulnerable to shock.

Flat Film Resistors
Thin film Pt resistors take the form of a thin (1 micron) film of platinum on a ceramic substrate. The film is laser trimmed to have a precise R° value and then encapsulated in glass for protection.

A wide range of styles and dimensions are produced to allow for different applications. Such sensors have fast thermal response and their small thermal mass minimises intrusion in the media being tested. Such sensors are known variously as flat film, thin film or chip sensors.

Thermoelements and resistance thermometer sensing resistors alike normally require protection from environmental conditions and, depending on the application would normally be housed in a suitable sheath material if immersion is required. Alternative housings are used for non-immersion use such as in surface or air sensing.

Wire Wound Detectors
The construction of the wire wound platinum detector uses a large proportion of manual labour, with a high degree of training and skill. The careful selection of all components is vital, as are good working conditions. Complete compatibility between metal, ceramic and glass when used, together with the connecting leads is essential, and most important, strain must be eliminated. Various methods of detector construction are employed to meet the requirements of differing applications. The unsupported “bird cage” construction is used for temperature standards, and the partially supported construction is used where a compromise is acceptable between primary standards and use in industrial applications. Other constructional methods include the totally supported construction which can normally withstand vibration levels to 100g, and the coated wire construction where the wire is covered with an insulating medium such as varnish. The maximum operating range of the latter method is limited by the wire coating to usually around 250°C.

Of the differing methods of construction described, the partially supported construction is the most suited for industrial applications where high accuracy, reliability and long term stability are required. The wire is wound into a small spiral, and inserted into axial holes in a high purity alumina rod. A small quantity of glass adhesive is applied to these holes, which after firing secures a part of each wire into the alumina. Detectors have been produced by this method as thin as 0.9mm diameter and as short as 6mm with a resistance accuracy of ±0.01%. A host of other sizes and shapes are produced. The internal leads of a detector assembly should be constructed of materials dictated by the temperature the assembly will have to withstand. Up to 150°C and 300°C silver leads are preferred, from 300°C to 500°C nickel leads are considered best although the resistance tends to be high, and above 550°C noble metal leads prove most satisfactory.